In Kostal UK Ltd v Dunkley & Others, the UK Supreme Court (UKSC) heard an appeal by 57 Kostal employees who are members of Unite the Union (Unite). Their argument was that their employer had breached its obligations under s145B of the Trade Union & Labour Relations (Consolidation) Act 1992.

Introduced following the ECtHR decision of Wilson and Palmer v United Kingdom [2002] IRLR 568, s145B provides that workers who are trade union members have the right not to have an offer made to them by their employer which, if accepted, would result in a term (or terms) of their contract not/ no longer being determined by collective bargaining. This applies only if the employer’s sole or main purpose in making the offer is to achieve this result, known as the ‘prohibited result’.

As part of annual collective bargaining negotiations, Kostal made an offer to Unite in 2015 which offered a two per cent rise in basic pay and a Christmas bonus equating to two per cent of basic pay on the proviso that there would then be a reduction in other areas such as rates of overtime and sick pay.

This offer was rejected by the majority of the workforce.

Kostal and Unite had a Recognition Agreement in place which set out the procedure both parties would follow, including the steps to be taken in the event of an offer being refused by workers. However, before the procedures within this agreement had been exhausted, Kostal made direct offers to workers stating that staff who did not respond by the deadline would not receive a Christmas bonus. In the new year, Kostal made a further direct offer to the workers who did not accept the previous one stating this time that those who did not accept may have their employment terminated.

As a result, 57 employees brought a claim against Kostal for breach of their rights under s145B of the Act.

The employees appealed the Court of Appeal’s decision to the UKSC where, in a unanimous decision, the UKSC found in favour of the employees.

“In the case of each direct offer made during the collective bargaining process, the clear message was that, if the employee did not accept it, he would not receive the Christmas bonus (or an equivalent payment) calculated at two per cent of basic salary. In the case of the second offer, there was also a threat to terminate the worker’s contract of employment unless the offer was accepted. … In these circumstances the Company’s conduct can fairly be characterised as a disincentive or restraint on the use by the claimants of union representation to protect their interests.”

It is interesting that Lord Leggat, delivering the leading judgment,  explained at [61]“an employer which has recognised a trade union for the purpose of collective bargaining and agreed to follow a specified bargaining procedure cannot be permitted with impunity to ignore or by-pass the agreed procedure, either by refusing to follow the agreed process at all or by being free to ‘drop in and out of the collective process as and when that suits its purpose”. This reasoning echoes that given by the ECtHR in Wilson and Palmer.

This decision can be said to engage with Article 11 of the European Convention on Human Rights which encompasses the right of workers “to form and to join trade unions for the protection of his interests”.

This is an important right as described by the ECtHR, in Sindicatul “Păstorul cel Bun” v. Romania [GC], 2013, § 130, who held that “Trade-union freedom is an essential element of social dialogue between workers and employers, and hence an important tool in achieving social justice and harmony”.

Employment disputes involving workers, their union and employers continue to raise questions about the right of workers to be treated fairly and to take collective action. In this case it was the right of Kostal employees to engage in collective bargaining and have this process respected by their employer.

The judgment did not directly address what future courts will make of employers who exhaust the negotiation procedure but do so in bad faith, although the judgment of Lady Arden and Lord Burrows suggests that it was implicit that an employer must complete the process in good faith in order to avoid a breach of s.145B.

The power imbalance at play when workers attempt to negotiate terms with employers is a harsh one that shines a light on the continuing class divide and social injustice that could arise if courts are unwilling to hold employers to account.

This judgment represents a win for the employees of Kostal and may provide some hope for workers throughout the UK who seek greater protection against coercive offers from their employers that seek to undermine Union action and authority. 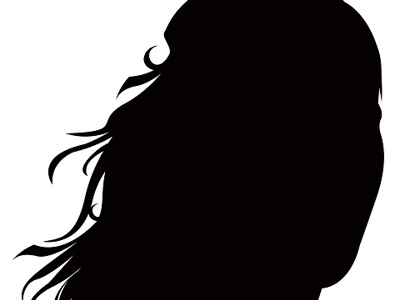 Paige is a paralegal in the employment and discrimination department.