Fair and proportionate regulation – still a way to go

Gideon Habel and Emma Walker look at the long-awaited statistics published by the SRA in December 2020 on the diversity profile of those that are subject to its disciplinary proceedings.

In December 2020, the SRA published its long-awaited statistics on the diversity profile of those that are subject to its disciplinary proceedings. To those who have followed this issue, that the results show solicitors from Black, Asian and minority ethnic (referred to as “BAME” in the SRA’s report) backgrounds continue to be overrepresented is perhaps unsurprising. The statistics do, however, at first blush show some improvement compared to the last review on this issue, the 2014 Independent Comparative Case Review (ICCR). While this appears to be a positive development, a closer look at the data indicates that there is still more to do to build the confidence of the profession that the SRA is a fair and proportionate regulator regardless of ethnic background.

First of all, the publication of the data is, without question, to be welcomed. Empirical data are a key way that the SRA, which has been criticised for opaque decision-making, can demonstrate to the public, the profession and broader interest groups what is happening in its processes. The first statistics of this kind published in five years should, in theory, allow us to go beyond anecdotal evidence to understand if the issues highlighted in the ICCR and earlier research reports persist.

And they do, at least to a certain extent. The statistics published in 2020 tell us the following (but little more) in their current form:

The ICCR, on the other hand, found disproportionality at all three of these stages. With the caveat that there is still clearly a long way to go, on its face, this sounds like it ought to be something to be applauded, a sign of progress and of change. The problem with this, however, is that in their current form the data are, in our view, materially incomplete when it comes to drawing out any real understanding of whether the SRA’s internal handling of cases results in disproportionately worse outcomes for one group of solicitors compared to another.

They must go further

If the SRA is serious about tackling this issue it must go further. The problem with the data is that while they tell us how each group has fared, for example, in terms of outcomes through the SRA’s internal decision-making and enforcement processes, they tell us nothing of what rule breaches and so forth those outcomes have resulted from. As such, we cannot know, for instance, whether a solicitor from a BAME background might have received a rebuke or fine for a particular breach where a white solicitor might only have received a warning.

To be truly capable of comparison, the SRA needs to publish (at the very least) data on the following:

What is more, additional data will make assessment of the true position as against previous data more informative. The ICCR found that sole practitioners and small firms are more vulnerable to SRA enforcement action and that those same practices are disproportionately populated by solicitors from BAME backgrounds, factors it said contributed to disproportionality. To test these hypotheses, the SRA should publish data on the size of the firm the individual was working in at the time of the alleged breach or misconduct.

Finally, the SRA has said publicly that, from the year after the publication of the ICCR, it focused more on action against firms than against individuals. The problem with this is that, as explained above, the small firms most vulnerable to enforcement action are overpopulated by solicitors from BAME backgrounds. Ultimately, people answer for firms. There can, therefore, be no meaningful distinction made between, on the one hand, action against individuals from BAME backgrounds and, on the other, firms run by individuals identifying with those same characteristics. Because the data do not include enforcement action taken against firms, there is a very high probability that disproportionality elsewhere in the SRA’s processes remains unscrutinised.

The data published recently cannot and do not, therefore, give us a clear picture of the extent to which the SRA’s regulation is fair and proportionate. Indeed, the lack of detail may be masking an ongoing problem at the SRA notwithstanding that certain aspects of the data appear to suggest that, to a greater or lesser degree, once cases are “in the system”, they are (broadly speaking) dealt with on a comparable basis.

The SRA has also commented on the steps it is going to take in response to the continued disproportionality evidenced in the statistics.

Amongst other things, the SRA has said it intends to commission further research into the causes of disproportionality. The SRA’s published statements make clear that a key focus will be on the reasons why the SRA itself receives a disproportionate number of reports relating to solicitors from BAME backgrounds. The suggestion appears to be that, to some degree, the evident and continued disproportionality is not entirely down to the SRA and its processes. To some degree, that may be so, but it does not excuse the SRA from ensuring rigorous scrutiny of any aspect of its operations that might contribute to the issue.

There are, in our view, three key areas the SRA can do something about more immediately:

Unaddressed, these three factors continue to create a situation where the risk of disproportionate regulatory action and outcomes is very high. The SRA’s commitment to an “arms-length” quality assurance team is a good start in addressing the first two aspects, but the third requires a radical approach.

Taking this step would make the SRA’s own enforcement work more challenging but, in our view, would ultimately lead to a far higher proportion of fair outcomes by means of holding the SRA’s case against solicitors up to a higher degree of scrutiny at an earlier stage of the regulatory process.

Showing a willingness to ensure its regulation not only feels fair but is fair in this way would go a long way towards building confidence that the SRA takes seriously its duties to carry out its role transparently and proportionately, when it comes to upholding standards in the profession.

A version of this article was first published in the March 2021 edition of the Solicitor’s Journal (Volume 164 No.3)

Emma is a member of the firm's regulatory and disciplinary department 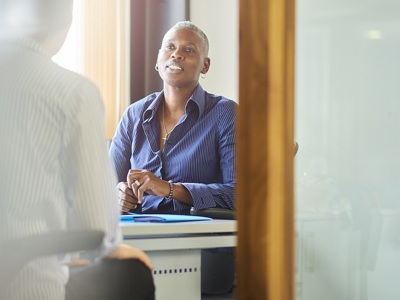