In the month of the United Nations International Day of the Girl Child, Claire Powell looks at the prospects for women and girls in Afghanistan following the Taliban’s return to power.

In times of conflict and crisis, it is the rights of the marginalised that are often first, and worst, affected. Progress that has taken decades to make, can be almost instantly undone and no clearer example of that in October 2021 is in Afghanistan.

The Taliban’s return to power has resulted in a ban on secondary education for girls, the closure of the Ministry of Women’s Affairs and women effectively banned from employment. Twenty years of hard-won gains look to be increasingly in danger, and the rights of women and girls pushed aside once more.

Gains made: education, employment and independence

The Taliban first came to power in Kabul, Afghanistan in 1996. Under the regime, girls were not permitted to attend school and women were largely banned from the workplace, with the Ministry of Vice and Virtue – referred to as the morality police – acting as enforcer. Orders from the Ministry extended to the clothes women could wear, and even when they could leave their homes (only permitted if accompanied by a mahram, or male relative).

After the Taliban’s removal from power in 2001 there were signs of improvement. Schools were built, girls could attend university, and women joined the workforce, even winning election to judicial and public offices. Afghanistan held parliamentary elections in 2005, 2010 and 2018, with almost one-third of seats reserved for female candidates.

The rights of women and girls, however, were hardly secured. Female MPs described their role as “second-tier” and violence against women and girls remained endemic. Human Rights Watch estimated 87% of Afghan girls and women experienced abuse in their lifetime and reports from Afghanistan’s rural, poorer communities were particularly harrowing.

However, progress had been made, particularly in improving women’s status and visibility in society. Increased employment meant many women became the family breadwinners, contributing to their families and communities, and with a generation of women graduating from university, there was hope that attitudes were finally starting to shift.

Against this backdrop of steady, fragile progress, the events that unfolded as American and British forces withdrew were all the more terrifying for Afghan women and girls. Would they be reduced to second-class citizens once again?


Gains lost? Life for women and girls in Afghanistan now

Amidst the initial fear, there was a hope that this Taliban was not the same as the last. Certainly, efforts were made by the Taliban themselves to present this regime as more progressive, allowing female primary school students to return to school, and stating that women would be able to study for degrees.

However, an edict on 17 September ordered high schools to reopen and “all male teachers and students” to return to their educational institutions. No mention was made of female students, or teachers. Furthermore, the university courses on offer are extremely restricted, with degrees segregated by gender, and Islamic dress compulsory for women.

On Sunday 19 September, the interim Kabul mayor, Hamdullah Namony, ordered female employees in the Kabul city government to stay at home, only allowing those whose role could not be completed by a man to return.

The Taliban have denied that this constitutes a ban on women and girls working and studying. Taliban spokesman Zabiullah Mujahid said “our sisters, our men have the same rights”.[1] They claim that these are temporary measures, to protect women and girls during this period and that high schools will open “as soon as possible”. However, the same platitudes and excuses were used in the 1990s, with a “covert” policy of prohibition enforced under the guise of keeping women and girls safe.

Women who were until recently in positions of power and authority have fled the country, or gone into hiding, including female lawyers, judges and MPs who feared their prominent positions would put them at risk. These fears were well-placed, with six former female judges describing threats to their lives, and to their homes and families, after the Taliban released from jail those they convicted for their crimes.

The new government is made up of an all-male acting cabinet, and the Women’s Ministry has been replaced by the re-established Ministry of Vice and Virtue. Women and girls across the country describe a dire situation, with those in rural communities especially isolated and left to the mercy of volatile local Taliban groups.

Protecting progress: what can be done?

It is smaller communities that have stood to gain the most by allowing girls to access education. By obtaining qualifications and securing employment, women bring valuable income to their communities. It is hoped that such economic benefit will prove a vital bargaining tool in ongoing negotiations between the international community and the Taliban. Neighbouring countries such as Qatar have urged the regime not to reverse years of progress, and to look to them and other countries in the Middle East as examples of “how Muslim countries can conduct their laws...how they can deal with the women’s issues”.

Most importantly, women and girls have taken action, demanding their rights be recognised, and refusing to submit to the regressive edicts of the Taliban’s rule. Grassroots campaigns such as #donttouchmyclothes (refusing the strict dress codes imposed by the Taliban) show defiance in the face of terror, and there have been regular protests and rallies from women and girls refusing to relinquish their hard-fought victories.

In this month marking International Day of the Girl Child the words of Nobel Prize Winner Malala Yousafzai, who was shot by the Taliban simply for attending school, are more important than ever: “We cannot make compromises on the protection of women's rights and on the protection of human dignity… And one of those important rights is the right to education”. 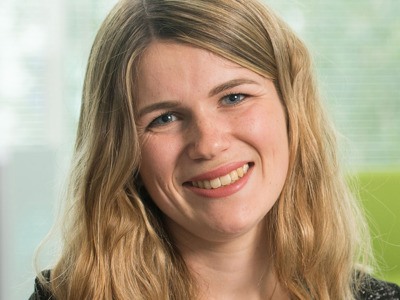 Claire is a solicitor in the international department, she is currently working on emission claim cases