Lauren Lougheed and Callum Moran from the employment department discuss why the fight for equal pay is a long process for most ordinary workers.

TV presenter Samira Ahmed recently won her recent equal pay claim against the BBC in a blaze of publicity after the Employment Tribunal held that the work she did on Newswatch was like the work her comparator, Jeremy Vine, had done on Points of View and for which he was paid over six times more per episode.

Among the reasons for the ruling were the similar formats of the two TV programmes and the similar skills and experience required to present them.

Despite the widespread media coverage, the case was decided on what was an orthodox application of current equal pay law.

In many ways, it’s a fine example of exactly the kind of case imagined when the statutory equal pay regime was put together.

It is the best example of the political slogan ‘equal pay for equal work’ because the case involved one woman comparing herself against one man, doing similar work in a field where there is genuine freedom of contract, a negotiation between equals.

This last element is the key reason this case was concluded so successfully and so swiftly.

In Samira Ahmed’s case the Employment Tribunal’s judgment specifically criticised the BBC for its failure to, “have a transparent and consistent process for evaluating and determining pay for its on-air talent”. The Tribunal held that the work done and the skills and experience required to do it mattered less to the BBC than perceived ‘star power’.

Conducting pay negotiations using this ad-hoc, case-by-case approach is not the norm for most employers or employees. It privileges the already privileged by making it easier to demonstrate inconsistencies arising from these opaque negotiations.

For the majority it is much less likely that an equal pay claim will arise due to a disparity between ‘like work’ ie. work that is the same or broadly similar. Instead such a disparity is more likely to arise where work is of equal value. This kind of claim arises where the work done by the claimant and the comparator may be entirely different in substance but both roles require similar levels of skill and experience.

The consequence of this is to lengthen and complicate the legal process, often making it prohibitively expensive for an ordinary person to pursue an individual claim for equal pay like Samira Ahmed did. Instead most low paid workers have had to bring equal pay claims as part of large group.

While Samira Ahmed’s case took just over a year to complete, the Asda case is still ongoing six years later.

If nothing else, this demonstrates that, for ordinary workers, the power imbalance inherent in the employment relationship makes it much harder to bring an equal pay claim as swiftly and successfully as Ahmed did.

Since the Asda case began, more than 45,000 supermarket employees have joined similar cases against all of the major supermarkets.

While Ahmed’s case may well be the kind of case envisioned during the formulation of the statutory equal pay regime, the supermarket employees’ cases typify the long struggle for equal pay.

Looking back to the Ford Dagenham women’s struggle for equal pay, culminating in a three week strike, which helped to reanimate the then Labour government’s manifesto commitment to enshrine the principle of equal pay in law, theirs too was a case where men and women were performing work of equal value.

The contrast between Samira Ahmed’s case and the supermarket employee cases highlights that when it comes to equal pay law, those who already have more power in their employer-employee relationships may find it easier to bring successful cases.

In pursuing equal pay claims as part of a large group claim, the supermarket workers’ have demonstrated a path to success even in the face of this disadvantage. 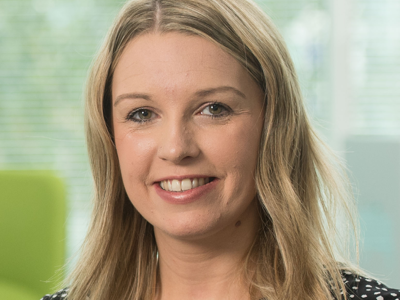 Lauren is a partner specialising in employment and discrimination