What responsibilities do multinationals have to those in their supply chains?

Kavita Modi, solicitor in our international department, discusses the responsibilities of multinational companies to those in their supply chains - particularly during the current coronavirus crisis.

The coronavirus crisis has thrown into sharp focus our dependence on international supply chains.  Those working in supply chains in poorer countries often have little support, despite facing a sudden loss of already meagre incomes.
A drop in demand for clothing has led to clothing companies cancelling contracts.  A survey in late March found that nearly half of Bangladeshi suppliers surveyed had had the bulk of their in-process or already completed orders cancelled, whilst more than a million Bangladeshi garment workers had been fired or furloughed – largely without pay. Where a factory is still open – or has been re-opened - workers may have little choice but to work regardless of safety concerns.  And a lack of job security or sick pay can mean that those who contract the virus feel unable to be absent from work.
Migrant workers living in accommodation provided by employers often live in unhygienic and overcrowded conditions, increasing their potential exposure to the virus.  Their living conditions can impact the companies’ ability to continue operations, and affect a countries’ ability to reduce the spread of infection.
A moral responsibility for multinationals to assist those within their supply chain seems clear – especially when the company relies on state assistance. But in spite of public pressure, “responsible exit” policies, or local law obligations, many companies have abandoned their responsibilities.
These issues become more difficult to address where companies do not know their supply chain.  Often supply chains remain murky and there are frequent reports of forced or child labour, even where the multinational has prohibited such practices.

Does the law provide a means of holding companies to account for the fate of such workers?

Ongoing legal claims aim to hold multinationals responsible for human rights abuses in their supply chain:
Whilst the claims mentioned above look at different issues, they point towards a growing interest amongst lawyers and activists to use novel arguments to achieve accountability within supply chains.
The UN Guiding Principles and the OECD Guidelines require corporations to conduct a due diligence process, considering the risks that could result from their actions.  Although neither set of guidelines is binding, where a company has publicly committed to such principles, the courts could hold the corporation to that commitment.  The Supreme Court in Vedanta v Lungowe decided that, where such commitments are made and the company either takes steps to enforce the commitments or holds itself out as exercising sufficient supervision and control of its subsidiaries, then the commitments may give rise to a duty of care.  This judgment related to parent/ subsidiary company liability, but the same principles may apply in a supply chain context.
There are also growing moves to adopt human rights due diligence laws, to ensure corporations are required to consider and minimise environmental or human rights violations.  Legislation in this vein has been introduced in France and the Netherlands.  The EU recently pledged to introduce rules for mandatory corporate environmental and human rights due diligence.  Such legislation could compel corporations to consider the impact of their actions on those within their supply chains, although much will depend on the extent to which such regulations are enforceable.  The Joint Committee on Human Rights has called for such legislation to be introduced in the UK, including remedies against parent companies where abuses occur and a defence where companies have conducted effective due diligence.
Measures to ensure that corporations behave responsibly towards those in their supply chains are clearly lacking.  Mechanisms being developed by the courts, activists and lawyers may see the law evolving to compel such responsibility in the future.  But mandatory due diligence legislation is likely to provide the clearest route towards this end. 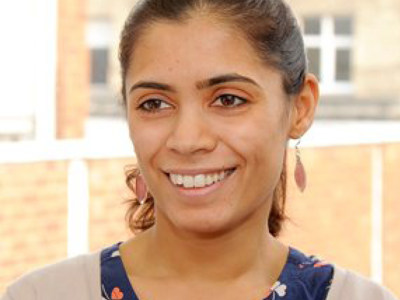 Kavita Modi is an associate solicitor in the international department.