Disabled prisoners are being failed by the current prison system

Benjamin Burrows and John Crowley, from the prison law team, discuss the recently reported failings of the Prison Service to meet the needs of disabled prisoners

The Chief Inspector of Prisons’ annual report, published this month, has revealed that there are an ever-increasing number of disabled prisoners who consider that their needs are not being met by the current prison system.

Dispiritingly, for those with any insight into the prison system, this news comes as no surprise. We have represented scores of disabled prisoners over the last two decades whose needs have not even been acknowledged by the Prison Service, let alone met. One of the key issues underlying this problem is the question of where to locate disabled prisoners.

For many years, this problem has been wilfully ignored by the Prison Service, resulting in disabled prisoners being located in environments which are wholly unsuitable for their needs. However, with an aging prison population and a decaying prison estate, this is a problem that can no longer be ignored. Doing nothing cannot be an option, the Prison Service must commit to reform.

However, the policy, in practice, has been paid scant lip service, and these pathways routinely not followed. Indeed, the Prison Service has seemingly been happier to bear the relatively minor cost of paying compensation to the few prisoners who manage to bring discrimination cases against them, than to invest the necessary time and money in creating an infrastructure that is suitable for the modern prison population.

When left alone with this problem, the Prison Service has showed little or no appetite for reform. However, following the implementation of the Social Care Act 2014, it became a problem shared. For many years, there was a social care void within the prison system.

However, the Social Care Act 2014 clarified that Local Authorities do have such statutory duties, and that they should work in partnership with the Prison Service in fulfilling them. Unfortunately, greater responsibilities have not come with greater budgets, and the Local Authorities have struggled with their unfamiliar and increased workloads.

However, a recent discrimination case against the Prison Service on behalf of a disabled prisoner has shown a possible way forward to help address the problem through Local Authority input.

The case in question was brought by Mr H, who, as a result of having a stroke, was confined to a wheelchair, being unable to walk or move one side of his body. Following his stroke, Mr H was located to the healthcare wing at his prison.

This caused him to be completely isolated; spending all of his time on the wing, and, as such, only with those who were sick or dying. Mr H remained on that healthcare wing for almost three years, before he was then relocated to a residential wing.

However, the cell he was given was wholly unsuitable for his needs. Mr H was unable to fit his wheelchair through the door, he could not use the shower without fear of falling over and he had to go to the toilet using a cardboard box. The effect of such circumstances left him wanting to end his own life.

After a hard fought battle, the Prison Service eventually settled Mr H’s case. The settlement itself included an agreement to transfer Mr H to a new “social care” unit at The Verne prison, in Dorset. The unit, which is one of the first of its kind in the prison estate, was created with significant input from the Dorset County Council and was specifically built for prisoners with social care needs. It has been designed so as to be entirely wheelchair accessible, and, instead of cells, consist of a dormitory-style layout so that it is easier for prisoners to associate.

Since his transfer to the unit, Mr H’s quality of life has improved dramatically. However, by itself, the unit at The Verne prison is not the solution to the problem facing the prison system. The unit only has capacity for 80 prisoners, and is restricted to those prisoners who are able to independently transfer from their wheelchairs and do not require overnight or inpatient healthcare. Clearly, the disabled prison population far exceeds 80 prisoners, and is far more varied than simply category C male prisoners with moderate social care needs.

The seemingly obvious answer to all of these questions is that more such units need to be built across the prison estate. The unit at The Verne prison should be seen as the start of wholesale change, rather than an ad hoc solution.

Saying that, however, there remains a legitimate concern that, even if more such units are built, grouping disabled prisoners together in such a way risks “ghettoising” them within the prison system. Whilst Mr H has seen a dramatic improvement in his quality of life since his transfer to the unit at The Verne prison, this should be seen within the context of the dismal quality of life he had at the other prison.

Therefore, it is important that transfers to such units are still based upon the preference of the disabled prisoner, and that their preference is not based upon the invidious choice of either suffering discrimination or not.

The current prison system is nonetheless faced with a clear and growing problem which the Prison Service should no longer be allowed to ignore. The unit at The Verne prison has shown them a possible way forward. This would require wholesale reform. The question is now whether the Prison Service has the appetite to commit it? 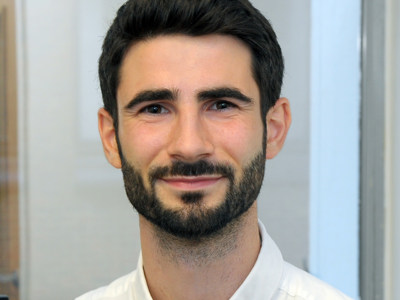