Recent reporting on evidence of everyday racial bias in Britain in the Guardian has shown what BAME people have known for a long time – that their everyday lived experience is different from that of their white colleagues, neighbours and family members.

The issues highlighted range from the relatively trivial, such as the increased likelihood of being mistakenly taken to be a member of staff when actually a customer, to the life threatening, with black people 4 times more likely to have been Tasered than white people.

In the aftermath of the Brexit vote and the global resurgence of far right populism there has been a worrying increase in racially aggravated crimes and growing acceptance of racist views.

But for the most part the racism faced by the majority of BAME people in this country is more subtle. This everyday discrimination – being overlooked for jobs or promotion, asked to leave venues for no reason and being treated as shoplifter when a customer - is less obvious, hard to prove and leaves people wondering if they are imagining that it really has something to do with their race.

These things happen to white people too and those subjecting someone to this behaviour would almost certainly deny that they have done so because of the individual’s race. No doubt in most cases this wouldn’t be conscious – It seems unlikely that more than 50% of the BAME population have been incorrectly taken to be a member of staff at a place of business as part of some strange racist conspiracy. But if it is accidental then what the statistics show is widespread unconscious bias amongst the general population.

Unconscious biases are usually based on stereotypes. These cognitive shortcuts are used as rules of thumb and it is often felt there is a kernel of truth in them. Through repetition of these ideas in the media, culture, education and our socialisation, these stereotypes – such as black men being strong but not smart , that Asian women are submissive - can become implicit and ingrained without an understanding of the often colonial origins behind them. These now unconscious stereotypes then influence our behaviour and the way we treat others, leading to discrimination when we treat people as a stereotype, rather than an individual.

These unconscious biases lead to the experiences highlighted by the Guardian. As an employment lawyer, the fact that over half of BAME people felt they had being overlooked for jobs and promotions immediately caught my eye. Although the Guardian poll concerned self-perception, the fact that only 6% of management roles are held by BAME staff, less than half of the actual proportion of the working-age population, shows this perception to be grounded in reality.

The unconscious nature of the discrimination makes it hard to prove when bringing a claim for direct discrimination. A claim requires someone to be treated less favourably because of race. Proving this can be hard when the discriminator may not even know that they are discriminating. On top of this, individuals must deal with a Tribunal which is not always live to issues of unconscious bias. Tribunals and Courts often require those alleging discrimination to prove that the relevant stereotype even exists before it considers whether the treatment complained of has happened as a result.

Despite this, it is important that complainants and their lawyers continue to push this issue. Lawyers must be creative and draw on psychology and the social sciences to increase understanding of stereotypes and their pervasive effects. Whilst judicial diversity lags significantly behind the general population , solicitors are far more diverse and can draw on this lived experience to explain and communicate these complex issues. It is only through continuing to bring claims that grapple with these difficult issues that we will progressively develop the case law and increase understanding of unconscious bias in the Tribunal, the legal profession and society as a whole. 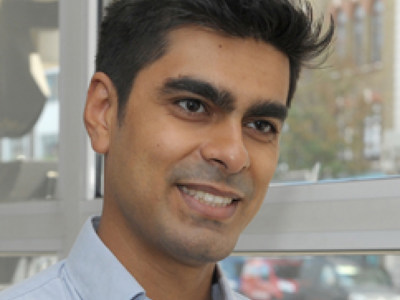