Pair-shaped equality in the House of Commons

In light of the recent voting scandal, it’s time for Parliament to review the rights of female MPs whilst on maternity leave.

Headlines this week have been dominated by the Brexit Trade Bill, which was subject to voting in the House of Commons. The failure of the House of Commons to implement the ‘pairing system’ correctly and effectively has shed light on the fact that reforms to the process are greatly needed.

In the case of the Trade Bill, Jo Swinson, deputy leader of the Liberal Democrats and MP for East Dunbartonshire who is currently on maternity leave, was paired with Conservative chairman, Brandon Lewis. Based on the ‘pairing system’, Mr Lewis should have abstained from voting regarding the Trade Bill. Whilst Mr Lewis did not vote on some matters, it transpired that he did vote on two occasions.

Whilst the current ‘pairing system’ remains in place, and not implemented correctly, it serves only to show that we still exist in a time when women are not equally respected in the workplace and cannot expect to enjoy the same rights as their male counterparts. Many MPs fight tirelessly for women’s rights and, as a country, we seem to have taken great steps towards sex equality.  Notwithstanding, Parliament is evidently not at the forefront of safeguarding sex equality for its own members, and appears to merely pay lip-service to the notions of sex equality and maternity rights.

Earlier this year, Harriet Harman, the female MP with the longest unbroken service and appropriately referred to as the Mother of the House, proposed a proxy vote system, which would allow MPs on maternity leave to nominate a colleague to vote on her behalf. This proposal was backed unanimously by MPs, many of whom shared details of difficulties experienced during maternity leave. Andrea Leadsom, the Leader of the Commons, delayed a recent decision on proxy voting.

Until those we nominate to represent us lead by example, it is difficult to see how we can expect the rest of the country to adequately value women in the workplace and ensure protection of their rights. It’s high time the House got their house in order. 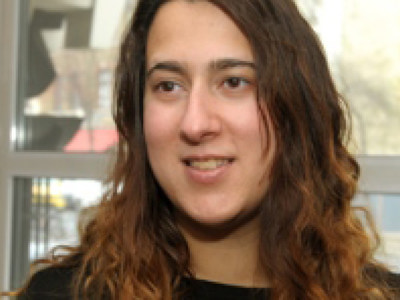 Mandy Bhattal is an associate solicitor in the employment department.