International human rights lawyer Melanie Jacques looks at the implications of the decision of Leggatt J in Alseran and Ors v MoD on the future conduct of British military operations abroad.

On 14 December 2017, the judgment in the case of Alseran and Ors v MoD was handed down by Leggatt J, who found that in all four test cases, the Claimants had been subjected by the British Armed Forces to: (i) inhuman and degrading treatment in breach of Art 3 ECHR/HRA and (ii) unlawful detention in breach of Art 5 ECHR/HRA.
This judgment marks the culmination of a number of highly important domestic and European cases looking into the legality of the British detention regime in Iraq and Afghanistan, from Al-Jedda v UK in the European Court to Al-Waheed/Mohammed (No.2) v MoD in the Supreme Court.
Leigh Day represented the Claimants in Alseran and Ors v MoD and Al-Waheed/Mohammed (No.2).
In finding that the British Armed Forces had breached the Geneva Conventions in respect of three of the Claimants, Alseran and Ors is also equally important from an International Humanitarian Law ('IHL') perspective, and will no doubt have major implications on future conflicts, particularly those involving the British Armed Forces.
The judgment not only provides a comprehensive analysis of IHL norms as they apply to detention practices across the various stages of an armed conflict (invasion and post-occupation), it also carefully applies the principles developed by the Supreme Court in Al-Waheed/Serdar Mohammed on the inter-relationship between the ECHR/HRA and IHL, and develops a number of key issues in relation to IHL, an area which has been little explored by a domestic court before, including:
In the days following Theresa May’s announcement of Britain’s (albeit limited) involvement in yet another conflict, the implications of Mr Justice Leggatt’s ruling will no doubt resonate in military and IHL circles alike. Although Mrs May has made it clear that the strikes were not about intervening in Syria’s civil war (and she currently has no mandate for sending in ground troops in the region), this announcement raises the spectre of further conflicts and the prospect of British troops deployment, in the Middle East or elsewhere, remains very real.
Both judgments will have potentially significant repercussions over the future conduct of British Armed Forces’ operations abroad, and specifically on the British detention regime. In particular, it seems inescapable that the British Armed Forces’ current doctrine regarding the detention and treatment of Captured Persons (CPERS) in armed conflicts (JDP 1-10 Captured Persons, 3rd ed.) is in need of a serious overhaul, in light of Mr Justice Leggatt’s finding that the MoD’s system for reviewing detention during the war fighting phase was based on its misunderstanding of the Geneva Conventions of 1949. Specifically, Leggatt J held that the detention review process “was flawed because it wrongly applied a presumption that, if there was any doubt, it should be assumed that detainees were prisoners of war who should be kept in custody”, thereby depriving them of the procedural safeguards envisaged by the Fourth Geneva Convention.
What’s more, the UK Government’s announcement in October 2016 that it would introduce “a presumption to derogate from the European Convention on Human Rights in future conflicts”, combined with the ongoing threats to the human rights system posed by the Brexit Bill, raise serious concerns about the future accountability of the British Government for the action of its armed forces engaged in military operations overseas. It remains essential, now more than ever, to increase scrutiny of the government’s future plans for military action, in order to ensure that it continues to abide by its obligations under international law, including international humanitarian law. 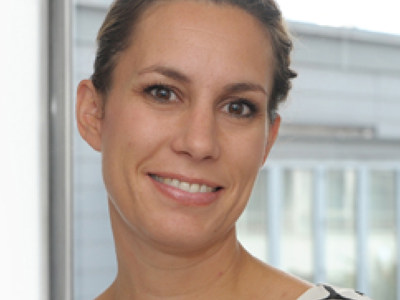