Environmental campaign group Friends of the Earth (FoE) has issued a legal challenge to the Government’s Net Zero Strategy (NZS) and Heating and Buildings Strategy (HBS) just months after the Glasgow Climate Conference.

FoE claims the NZS does not satisfy the obligations under the Climate Change Act 2008 and the HBS, published at the same time, fails to consider its impact on protected groups including the elderly, and has applied for judicial review of both.

The NZS was presented to Parliament in October 2021 by Business Secretary Kwasi Kwarteng. The Climate Change Act (CCA) requires him to ensure that emissions of UK Greenhouse Gases (GHG) are at least 100 per cent lower in 2050 than they were in 1990 and under Section 4 his department must set five-yearly carbon budgets as stepping-stones to meeting the target and ensuring that the UK does not exceed the budgets.

Under Sections 13 and 14 CCA the Business Secretary must prepare and report on his proposals and policies for meeting the carbon budgets. His department says that the NZS was presented as part of that obligation.

However, FoE argues that the NZS failed to include the basic information required under CCA to enable Members of Parliament to evaluate how the Government intends to achieve its carbon budgets. Crucially, it does not show the carbon emissions cut that each proposal or policy will achieve and when each is expected to take effect.

To show how the UK will meet its climate targets, the NZS simply sets out “an indicative delivery pathway”, including power sector, fuel supply and hydrogen, industry, heat and buildings, transport, natural resources, waste and F-gases, and GHG removals, providing three 2050 net zero “scenarios”. The document merely models the level of reduction it is theoretically feasible for each sector to achieve.

FoE is also challenging Mr Kwarteng’s conclusion that the Public Sector Equality Duty (PSED) under section 149 of the Equality Act 2010 did not apply to his strategy for transitioning to high-efficiency low carbon buildings under the linked HBS. As a result, the HBS, did not consider the potential impact on protected groups including the elderly, the young, those living with disabilities, and ethnic minorities.

Katie de Kauwe of Friends of the Earth said:

“The goal is a rapid and fair transition to a safer future and to get there we need a plan that shows how much greenhouse gas reduction the chosen policies will achieve, and by when. That the plan for achieving Net Zero is published without this information in it is very worrying.

“Climate action must be based on designing the transition to low carbon homes with the most vulnerable in mind. Not even considering the needs of groups like older and disabled people is quite shocking. It should not be up for debate that everybody needs a safe, warm home as we transform the nation’s housing for the 21st century, this why we are taking this legal action.”

“Under the Climate Change Act 2008, the Secretary of State has a legal obligation to set out how the UK will actually meet carbon reduction targets. Friends of the Earth considers that the Net Zero Strategy lacks the vital information to give effect to that duty, and so any conclusion that targets will be achieved on the basis of the policies put forward, is unlawful. Our client is concerned that this places future generations at a particular disadvantage, because current mistakes are harder to rectify the closer we get to 2050. That is why this legal challenge is so important.” 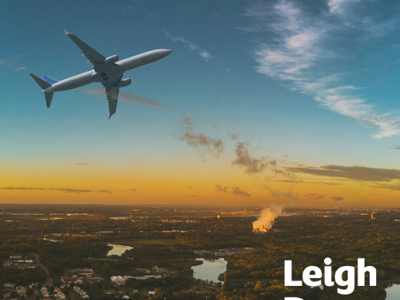 The Court of Appeal has today ruled that the government's decision to expand Heathrow Airport is unlawful.