A group of journalists who applied for urgent relocation to the UK under the Afghan Relocations and Assistance Policy (ARAP) when the Taliban seized Kabul and the British army joined in the US airlift last August have been granted permission to present their case to a High Court judge.

Seven journalists who challenged the delays in considering their applications with legal letters to the Foreign Office can now go ahead with claims for judicial review.

The Foreign Secretary stated in August 2021 that Afghan journalists who have worked for British media at risk from the Taliban due to their association with the UK would be considered for relocation on an exceptional basis.

However, the group’s pleas went unanswered in the nine months after their urgent applications were made. They received no substantive response or anything beyond mere acknowledgements of their online application forms.

Letters were sent on their behalf from their legal representatives Leigh Day, stressing that the group are living at serious and immediate risk of harm or death.

After the ARAP casework team still failed to process the applications urgently, an application for judicial review of the delays was filed at the High Court.

The details of each case provided in legal correspondence and documents to the Government cannot be made public because of the grave risks the journalists face. However these documents tell how the Taliban have been searching for the journalists, delivering threats, and adding their names to a list of people they are seeking to execute. Violent attacks, detention, and torture have already been carried out by the Taliban against some of the individuals and their family members.

The individuals say they feel abandoned by the British Government despite their pledges to protect the families of those Afghan nationals who had helped in the effort to rebuild Afghanistan after the Taliban were quelled. Whistle-blowers testimony has also told of chaotic or no processing of ARAP applications.

The members of the group worked with British media reporting on British operations against the Taliban and the efforts to rebuild Afghanistan’s infrastructure and education system, uphold the rights of women and girls, and the fight to eradicate the drugs trade.

The risk to journalists in Afghanistan of attacks, killing, torture, and grave human rights violations by the Taliban has been recognised at UN level, in reliable NGO and journalistic reports, as well as the Home Office’s own Afghanistan policy information note.

Since proceedings were served on the Government, one decision has now been made. However, the other seven claimants remain stuck in limbo, with no response to their applications and no indication of when they might be decided. It is expected that the judicial review hearing in their case will take place over the summer.

“Our clients are delighted they have been granted permission to proceed with their judicial review challenge. The court has granted our clients a fast-tracked timetable on the basis of submissions made about the risk to their lives.

“The situation faced by our clients is incredibly troubling. They are seen as traitors by the Taliban and live in fear of violent retribution carried out against themselves or their family members. All have been subject to threats by the Taliban and many of them have experienced torture and mistreatment because of their journalism. Journalists perform a crucial role in society and in upholding free speech; this role has left them seriously exposed. Our clients and others in similar situations deserve a functioning system for the processing of their relocation applications.

“Sadly, this group are not the only clients we represent who are stuck in limbo waiting for their applications to be decided, despite receiving direct threats and attempts on their lives. These delays are wholly unacceptable.”

The individuals are represented by Leigh Day together with Adam Straw QC, Catherine Meredith and Donnchadh Greene of Doughty Street Chambers.

Erin is a lawyer in the human rights team 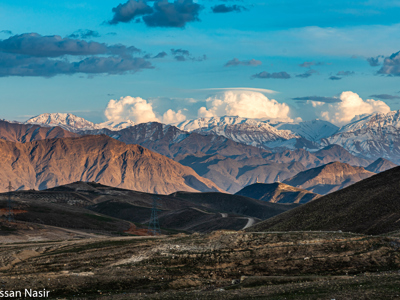 Afghan journalists living in terror of the Taliban because of their former work with the British media have filed an application for judicial review after waiting months without their applications to relocate to the UK being processed.