Conclusion of inquest into the death of Patrick Casey

A coroner has concluded that the death of Patrick Casey, who died after he choked on marshmallows while in the care of Priory-run care home, Devon House, North London, was avoidable and due to failures to follow his dietary requirements.

Patrick, also known as Wacker, died aged 41 on 5 April, 2019, having been a resident at Devon House since 2014. He died after choking on marshmallows which he had taken from a bag left open and in front of him and was left unsupervised, the inquest into his death was told. 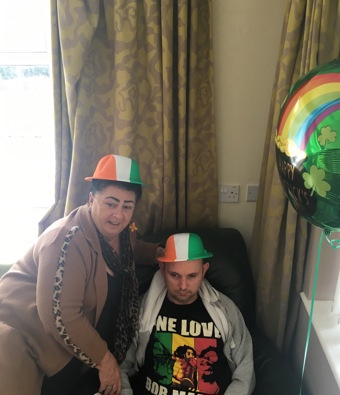 It was held remotely over two days at Barnet Coroner's Court and Senior Coroner Andrew Walker gave his conclusion on Monday, 11 January, 2020.

He criticised a “significant management failure” at Devon House, and said there should be a named individual at a care home who is responsible for ensuring a patient’s medical and care plan needs are being met.

Wacker’s family gave evidence that they had made clear to Devon House that Wacker should never be given or have access to marshmallows because of his disability which included a swallowing impairment.

A speech and language therapist who had assessed Wacker was categoric that marshmallows were a choking hazard.

Evidence was given by several carers that Wacker was given marshmallows without there having been a safety assessment, although the chef at the home said he knew marshmallows were not suitable for Wacker and he never gave them to him.

Delivering his narrative conclusion, Mr Walker said Wacker’s disability included a difficulty swallowing which if unmanaged may lead to him choking and all his food needed to be pureed and if necessary thickened.

Mr Walker said: “The registered manager in this case was completely unaware that staff were providing to Mr Casey foodstuff that was potentially fatal to him . . . The general understanding by care staff was Mr Casey could be given marshmallows cut into pieces.

“This view was formed without any professional input by the speech and language assessment. This view was honestly held by care staff.”

He said there were at least two incidents when marshmallows were left unopened in Wacker’s room.

The first was when members of his family found an open bag within his reach on St Patrick’s Day, 2019 and spoke in strong terms to staff present. The second was after Wacker was found on the day of his death when he was found having choked with two marshmallows in his right hand.

Staff had a limited but flawed misunderstanding of the requirements for Wacker’s food and the risks of departing from the instruction that all food should be pureed – this was not corrected or checked at a management level.

Mr Walker said Wacker’s death was avoidable had the speech and language assessment been followed which required smooth blended food he would not have been allowed to eat marshmallows and would not have died when he did.

His conclusion was that Wacker died of the consequence of choking on food following a failure to follow dietary requirements.

Following the conclusion of the inquest, Wacker’s sister Mary Casey issued a statement on behalf of the family. She said:

“Wacker was one of the best people I knew. He was such a caring, kind soul and we miss him every day. We are glad that the circumstances of my brother’s death have been investigated and made clear in the inquest.

“I made it very clear to staff at Devon House that that he could not have marshmallows. It was this that led to him choking to death weeks later. We are convinced his death should not have happened and the sadness of losing my brother will remain with us always.

“Following the Coroner’s conclusion we hope that changes are made urgently in order to prevent similar tragedies from happening.

“I would like to thank Sam, Merry and the team - how grateful and thankful we are to them for not only fully helping us but for always being there to give us support.”

“The Coroner today has recognised the failings in Wacker’s care and that my clients, Wacker’s family, have suffered the loss of their loved one due to serious management failings by the Priory.

“This is a very important recognition that Wacker’s death was avoidable and should never have happened in the way that it did.

“The coroner has made clear it is imperative the Priory ensures across its services the needs of each individual in its care are known and understood, so no other family has to endure what Wacker and his family have had to go through.”