Key work in a time of crisis

Solicitor Liana Wood discusses the challenging employment conditions that those now classed as ‘key workers’ have faced for years and the importance of not forgetting the value of their work once the coronavirus crisis is over.

Currently, reflection and re-evaluation of what’s important are front and centre of our lives: both personally and politically. We should also re-evaluate the value, as a society, that we place on work and workers.

On 19 March, Boris Johnson announced that schools would be closing with the exception of a skeleton service run only for the children of key workers.  The list of these workers who are at the ‘frontline of a national effort to stem the pandemic’ included not only medical professionals but also a wide variety of jobs that are often insecure and poorly paid such as supermarket workers, care assistants, cleaners, drivers and couriers.

When the health crisis is over we must ensure that the rights of these key workers are not forgotten. Certain jobs do not become important because of a national crisis; a national crisis can only highlight jobs which have always been important.  Just as we have been reminded starkly that every life has value, so too does all work. That must be reflected in the national minimum wage and employment protections afforded to all.

It seems an important time to reflect on just some of the difficulties many people face in some of the areas now classed as ‘key working’.

Cleaners are a largely invisible workforce doing jobs which are precarious, poorly paid and without guaranteed hours or as part of so-called gig-economy platforms.  During a recent strike organised by United Voices of the World union, cleaners at St Mary’s hospital in London held up a banner which read: ‘We are not the dirt we clean’.

Private hire and delivery drivers mostly work for so-called gig-economy companies with no guaranteed work, sick pay or holiday pay.  Once work-related expenses such as fuel are accounted for, pay often falls below the national minimum wage.

Work in the care sector is a cornerstone to our healthcare system and is predominately carried out by women. Many carers are paid the minimum wage to do work which is both physically and emotionally gruelling; dealing with the illness and deaths of those in their care.

Is the national minimum wage fit for purpose?

Yet many of the people doing jobs that the government has described as at the ‘frontline of a national effort to stem the coronavirus pandemic’ will not be paid a true living wage.

The growth of the so-called gig economy

Research from the TUC and University of Hertfordshire in 2019 found that one in ten people work in the so called gig-economy, which is twice as many as three years before.  Platform work is often insecure and badly paid and includes work such as delivery driving, cleaning and private hire driving.

With the support of trade unions, such as GMB and IWGB, legal rights for some so-called gig economy workers have been established including with successful cases brought against companies by our employment team for those working for Addison Lee, Uber and Hermes.  Tribunal and Courts find, again and again, that individuals should be entitled to holiday pay and the national minimum wage.  However, without more structural changes to policy and legislation, platform workers of this kind will be unable to enforce their rights and often continue to face exploitation.

Those working in the gig economy are also not entitled to statutory sick pay – essential during these times for those who contract COVID-19 or who need to self-isolate due to living with someone with the virus. We are currently representing IWGB in a legal challenge to the government’s provisions on sick pay for those in the gig economy and low paid workers. IWGB are also challenging the unequal income protections for casual workers under the Self-Employed Income  Support Scheme.

Poverty for people in work is on the rise.  This is unsurprising given the growth of so-called gig-economy work and the inadequacy of the national minimum wage.  The Special Rapporteur on extreme poverty and human rights, Professor Philip Alston wrote in his 2019 report about the UK: “Four million workers live in poverty…in-work poverty is rising faster than employment and is higher than any time in the last 20 years.  Half of working age people in poverty are working.”

At least some of those key workers being praised for their work in the name of the ‘national effort’ will be living in poverty.

Read more about employment rights relating to COVID-19 in our factsheet. 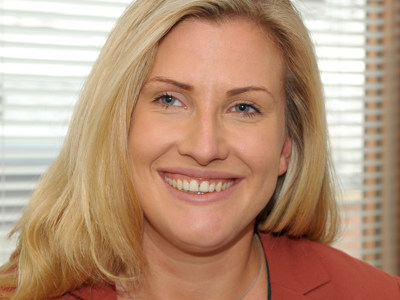