Mary Westmacott and Jose L Gonzalez, from the international team, discuss the implications of the recent legal case for 11 men brought to the UK to work as chicken catchers

This week the High Court has ruled in favour of eleven of our clients, a group of Lithuanian men, who worked catching chickens at farms all over the UK. The court found they were subjected to a “gruelling and exploitative work regime” and worked “massively more hours than the hours recorded on their payslips”. A Lithuanian “enforcer” was used, the court found, to keep workers under control, and when they complained they could find themselves evicted into the street.

Mr Justice Lane ruled that the company, DJ Houghton Catching Services Ltd, which had employed the men, had committed numerous serious contractual and statutory breaches. Crucially, the Judge also found that Darrell Houghton and Jacqueline Judge, the company’s sole director and company secretary, were personally liable for the contractual breaches of their company.

In finding the couple responsible, he entirely rejected their arguments that they were acting in good faith. Mr Justice Lane held that the couple: “cannot have believed that what they were doing to the chicken catchers was morally or legally sound”.  Their behaviour was motivated, the Judge found, by a desire “to maximise the profits of [the company], which they – and only they – enjoyed (…)” but the effect was to turn their company into a “pariah.”

This ruling sends a clear and important message to all company officers that they cannot exploit vulnerable individuals to maximise profits and hide behind a company to avoid liability for this abuse.

The judgment also has wider repercussions for all officers of companies that they could be personally liable if they cause their company to breach regulatory or statutory requirements, if such breaches seriously damage the reputation of their company or its financial viability.

However, while the judgment is an important step in raising awareness of modern slavery and holding individuals to account, sadly, our clients’ case is far from an isolated occurrence. According to the Global Slavery Index, 136,000 people are estimated to live in modern slavery in the UK today.

Exploited workers are often hidden in plain sight. Our clients lived on local streets in Maidstone between 2008 and 2012 and were put to work on farms all over the UK.  According to the Modern Slavery Helpline website, “signs of slavery” include dirty and over-crowded accommodation, long working hours, being transported with multiple people in one vehicle directly from the property, unkempt appearance and lack of protective equipment or suitable clothing. Our clients say all of these indicators were present in their case.

Further recent and shocking examples have been uncovered in the car wash industry. According to a recent Guardian article between June and December 2018, 930 suspected cases of modern slavery were reported by users of hand car washes in the UK.

Given that modern slavery can occur so close to home, the UK public clearly has an important role to play in reporting signs of exploitation.  The app launched by the Church of England and the Catholic Church designed for car wash users to spot signs of exploitation and report them is innovative in harnessing this idea.  Hopefully the judgment handed down this week will also help to raise awareness of the need to be vigilant, whether you are an officer of a company, or a car owner, or simply a concerned neighbour.

The MSA requires large companies to report the steps they are taking to address modern slavery and trafficking in their supply chains. However, despite agriculture being widely recognised as a high risk sector for modern slavery, last year a joint report found that only 50% of agricultural companies which should be reporting under the MSA had done so one year after the requirements came into force. It is to be hoped that there will be revisions to the MSA to introduce the sanctions for non-compliance, as recommended by the Interim Review led by Frank Field MP, which are clearly necessary.

As the judgment handed down this week shows, the agricultural sector simply cannot afford to be complacent. Complacency does not show simply a disregard for “red tape” legislative requirements; it shows a total disregard for the potential abuse of workers. 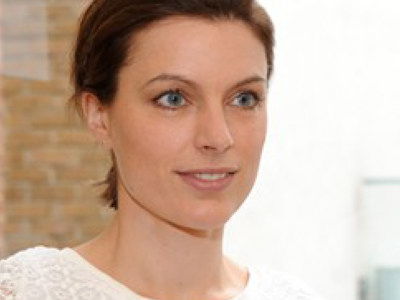 Mary Westmacott is an associate solicitor in the international department.

Leo Gonzalez is a solicitor in the international department.